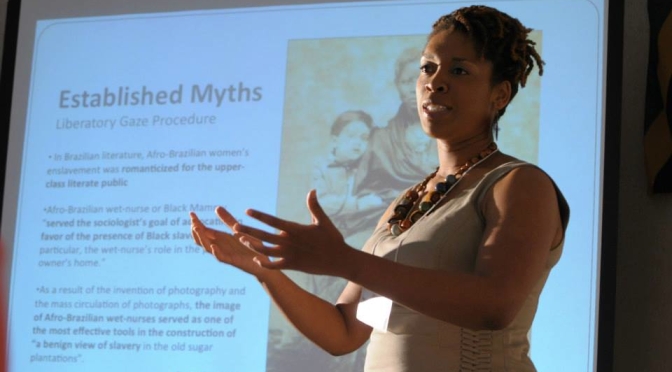 Editor’s Note: This post is part of a series on ArtMuseumTeaching.com during August that focuses on the recent book Multiculturalism in Art Museums Today (2014). Find links to additional posts in this series by several of the book’s authors, and please join us for an Online Book Club via Google Hangout on August 20th.

Writing the chapter entitled “Multicultural Critical Reflective Practice and Contemporary Art” in the book Multiculturalism in Art Museums Today (2014) challenged Keonna Hendrick (Brooklyn Museum) and I to consider our roles as critical multiculturalists when our marginality is not the focus, and how multicultural critical reflective practice (MCRP) manifests in our daily lives. MCRP is an on-going theoretical framework and practice that requires educators to investigate and challenge their cultural beliefs and assumptions in order to become a more cognizant, critical, and culturally competent educator (Crum & Hendrick, 2014). We reflected on our experience and impact on teachable moments in and out of learning spaces.

In what follows, I explore how past traumas might be used to form allegiances with other marginalized bodies in order to offer Socratic engagement in microaggressions from others. As classroom and museum educators, our job is to offer new ways of thinking for our pupils and patrons when we discuss complex and emotionally wrenching topics. We often prepare for offensive comments from youth but not from adults. My reflection questions, what do we do when we hear uncritical comments from peers?

I was attending a conference that marked the 50th anniversary of Freedom Summer of 1964. Freedom Summer was a project where over 1,000 volunteers from across the U.S. were trained to support Mississippians in non-violent disobedience to combat racist Jim Crow laws. The conference consisted of scholars, artists, and activists reflecting on the historic moment and imagining ways to organize for the future. Before the conference, three colleagues and I had brunch at a local restaurant that served an Asian twist on American dishes. When the waitress came to our table, a colleague asked the waitress’ opinion of the unique kimchi breakfast meal. The waitress offered a positive review and referred to herself as “an egg.” “Egg” is a metaphor for how she, a white woman, internalizes an Asian or “yellow” identity. Presenting herself as “an egg” was her way of aligning herself with Asian culture so we could view her food review as accurate. Upon her leaving, we questioned her statement, its purpose, and our role as scholars who critically interrogate presentations of identity. Each of us identify with different ethnicities – African-American, Mexican and Filipino, Pakistani, and Native American – and agreed that the statement was problematic. At the end of the meal, I decided to address the statement with her.

When she came to our table, I thanked her for the food review and great service. Then I said, “I have a question about a statement you made earlier. I was wondering what you meant when you said you were like ‘an egg.’” A bit flustered, she casually explained that it was a running joke and the restaurant owner, also a white woman, referred to herself as “an egg.” She added that the Asian cook also referred to her by this name. In between her retorts, I asked her a series of questions with a calm and genuinely inquisitive disposition absent of patronization: How did you expect us to feel after you made the statement? If any of us appeared Asian to you, would you have made the comment? If an Asian person were here, how do you think they would feel about your statement? Do you think Asians you encounter, like the cook, determine if your statement is appropriate? After some discussion, she noted that she is part Native American, reads Angela Davis, and concluded with an apology.

There were a few concepts at work in this moment: My empathy with other marginalized bodies and her assumed cultural clearance from them. I explained to the waitress that, “an egg” was similar to a Black person being labeled an “Oreo.” The idea that one’s exterior (skin color) contrasts their interior (cultural norms and sensibilities) doesn’t allow for complex identities and can be hurtful. But “egg” and “Oreo” are metaphors that operate in different ways.

“Oreo” is a derogatory term often used against African-Americans to signify the absence of language, mannerisms, and ways of life connected to stereotypical ideas of Blackness. To call a Black person an “Oreo” assumes they are mentally disconnected from a “true” Black identity and their supposed internalized whiteness makes them “safe” to those who may fear them. In contrast, the white of the egg hides any signs of difference represented by the yellow yolk. As a result, those who consider themselves “eggs” have the flexibility to hide or present their elements of difference on occasions that best suit their interests. Those who wear their difference on the outside (i.e. African-Americans) are not offered such leeway.

The white waitress referring to herself as an “egg” was not in an effort to demean herself in the way “Oreo” can. It was a way for her to validate her culinary tastes and do what bell hooks calls, ‘spice up the dull dish of whiteness’ (hooks, 1992). Calling herself an egg was her presentation of cultural clearance. For me, cultural clearance is a self-determined license to explore cultural tropes, stereotypes, and concepts through one’s own experiences as a way to make sense of one’s own identity and marginalized identities one chooses to appropriate. All cultural clearances require a back story to validate a connection to a foreign identity. The waitress’ back story – being “part Native American”, sharing the “egg” identity with the restaurant owner, the Asian cook using the term, and her familiarity with activist Angela Davis – was her way to align herself with marginalized bodies to validate her comment. As the white-owned restaurant is appropriating Asian flavors to “spice up” mundane American dishes, the waitress mimics the behavior in her self-presentation.

In practicing MCRP, we question individuals appropriating segments of culture and presenting them as identity accouterments to be displayed and removed at will. Such practices are reductionist in ways that do not allow for the cultural consumer to seek a deeper understanding of other cultures. Euphemisms like “egg” and “Oreo” are Enlightenment and Eugenic-eque attempts at categorizing identities, thus limits humanity. I believe, as an MCRP practitioner, I have the responsibility to speak up for other marginalized groups while locating my marginality in respect to theirs. At the restaurant, I connected to the trauma of African-American colleagues and students labeled “Oreo”, empathized with the absent Asian person whose identity was relegated to the consumption of fermented vegetables, and situated my identity along both groups in solidarity. Its important to do all three. If not, we risk supporting the causes of others to the detriment of our own. This solidarity acknowledges a larger interconnected social justice effort for which we are all responsible. 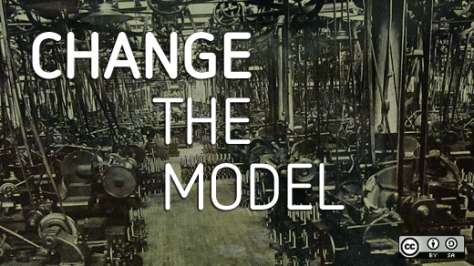 MCRP can help us build solidarity so that we can imagine ways to organize for the future. As I continue to consider the role of MCRP in my daily life, I seek to operate in the spirit of the brave Freedom Summer members of CORE, SNCC, and their volunteers combating discrimination through critical education.

MELISSA CRUM: Founder of Mosaic Education Network, a consulting firm that provides services to companies, non-profits, and educators for arts-based diversity training and social justice curriculum. Crum earned her Masters of Arts in African American and African Studies and her PhD in Art Administration, Education, and Policy from The Ohio State University. She offers services to businesses, non-profits, educators and school administrators to address individuals’ self-perceptions and misconceptions of their employees, patrons, and students so that they work together to create an inviting atmosphere. Additionally, her work connects culturally appropriate curriculum, community-based problem solving, and arts-based methods to build innovative education strategies to help parents, teachers, and other community stakeholders to transfer their knowledge into curriculum regardless of their level of formal education.

OTHER POSTS IN THIS SERIES:

“It’s Not Always about You: Facilitating Critical Self-Reflection in Others,” by Keonna Hendrick

“Reflecting on a Hybridized Museum Practice,” by Marianna Pegno and Traci Quinn

On August 20th, ArtMuseumTeaching.com brought together a group of authors and editors of the book Multiculturalism in Art Museums Today for a live discussion via Google+ Hangout.  Those joining the Hangout included Joni Boyd Acuff, Marianna Adams, Briley Rasmussen, Alicia Viera, and Veronica Betancourt.  Please find the video archive of this conversation below, and enjoy!

Don’t Have Your Copy of the Book Yet?  No problem.  As part of this collaboration with Rowman & Littlefield Publishers through this series of posts about Multiculturalism in Art Museums Today, we are able to offer ArtMuseumTeaching.com readers a special discount.  To receive a 25% discount, go towww.rowman.com to order this book and enter the discount code: 4S14ACUEVA

5 thoughts on “Eggs, Oreos, & Solidarity: MCRP in Our Daily Lives” 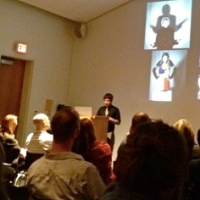 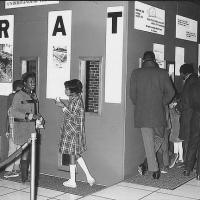