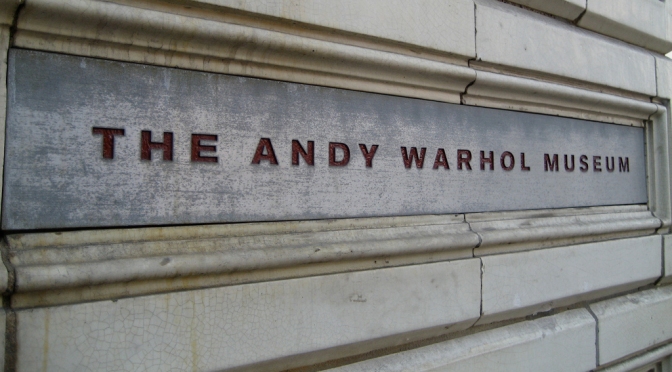 Reposted from The Warhol: Blog, the institution’s online presence for stories about the museum and its exhibitions, programs, education programs, and other news.  Check it out, and learn more about the exciting work happening at The Warhol!

This is the first post in a series on the development process of The Warhol’s new audio guide.

In 1964, Andy Warhol moved to a new studio in a large New York City loft and covered its walls with silver paint and aluminum foil. Dubbed the Silver Factory, this space became known as a gathering place for artists, friends, and celebrities.

The “open-door policy” of the Factory is something that we’re inspired by at The Warhol as we endeavor to create a communal and inclusive environment within the walls of our museum. One way we’re becoming a more inclusive place is through our commitment to making the museum friendly to visitors of all abilities. Later this summer, we’ll be soft-launching a new audio guide that takes an inclusive design approach. According to the Canadian Museum of Human Rights, this is a philosophy that designs with all users in mind from the outset:

“The inclusive design approach will ensure the museum experience is not only accessible for all ages and abilities, but is enriching and satisfying for all. It is not a design style, but an orientation to design.”

Through a series of posts on The Warhol Blog (cross-posted here at ArtMuseumTeaching.com), we’ll dive into the process behind our new audio app, which soft-launches later this summer in a limited release and will be available to all museum visitors this fall.

The story starts in the summer of 2014, when my predecessors in charge of digital engagement partnered with the education department to develop experiences for visitors who are blind or have low vision. One component of the project was an audio guide in conjunction with the exhibition Halston and Warhol: Silver and Suede. We used low-energy Bluetooth beacons to push content out to visitors based on where they are located in the museum—no need to read numbers on a wall label and type them into a device! Instead, the iOS application notifies you when there is relevant audio nearby.

In conjunction with the app, we also partnered with David White of Tactile Reproductions, LLC, to produce tactile representations of artwork in The Warhol’s collection. Tactile reproductions reimagine the contours and colors of an artwork as different relief layers, allowing visitors to use touch to gain an understanding of what a work looks like. Together, the audio guide app and the tactile reproductions allow visitors with visual impairments to delve into Warhol’s life and practice through senses beyond sight.

We are committed to building an audio guide experience not just for community members with visual impairments, but with them as well. In our design process, we’ve worked closely with consultants with varying degrees of blindness. We talked to our partners even before we drew a single wireframe, exploring what makes a great museum experience and how they use technology. We also bring in our consultants to test prototypes at different stages of the process, allowing the findings from these sessions to guide the next step.

We strongly believe that if we design with different abilities in mind, we can craft a better experience for everyone. Even though we’re designing first for visitors with visual impairments, the audio guide will be available to all. Our consultants told us that they like to come to museums with friends and family, so whatever we design should be built for a social experience. Additionally, we currently don’t have an audio guide—and our front desk staff tells us this is one of the most common requests they get.

Since we started from scratch with this audio guide, this was a great opportunity to depart from the usual way of doing things. We’re not the only ones rethinking the traditional audio guide: The newly-opened Broad Museum in Los Angeles is taking a cue from the irreverent and conversational tone of podcasts in their audio app; the British Museum has experimented with tours with longer audio files organized around themes rather than objects; and SFMOMA has designed a fully-immersive audio experience. In future blog posts, we’ll describe how we’re taking a different approach, splitting up audio content into smaller, modular stops and allow visitors to dive deeper if they’d like to learn more.

Everything I’ve described above is a tall order! From the outset of the project, we decided getting it right was more than ticking off all the checkboxes. For version one of the app, we have focused on only one floor of the building—floor 7, which displays works and artifacts from Warhol’s birth through to the early 1960s—but we’ve made it as complete an experience as possible. After launching and refining version one of the app, we want to expand to other floors of the museum.

Over the course of this blog series, we’ll be delving into everything from the user research we’ve done in conjunction with our blind and low-vision partners, to the process of imagining a new kind of audio experience, to the technical trials and tribulations of wrangling beacons and building our app from scratch. We’re glad you’ve joined us!

Accessibility initiatives at The Warhol are generously supported by Allegheny Regional Asset District, The Edith L. Trees Charitable Trust, and the FISA Foundation in honor of Dr. Mary Margaret Kimmel. 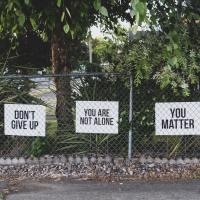 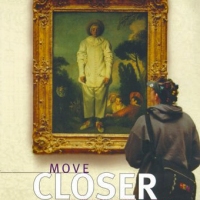 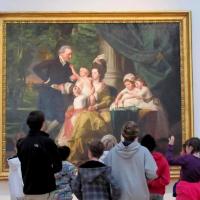 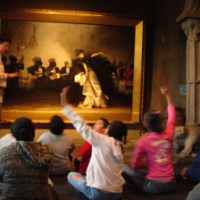 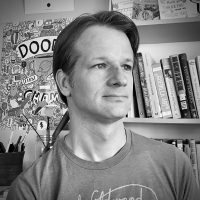 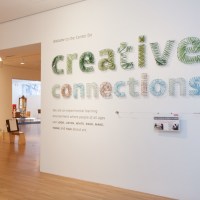 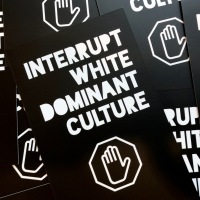